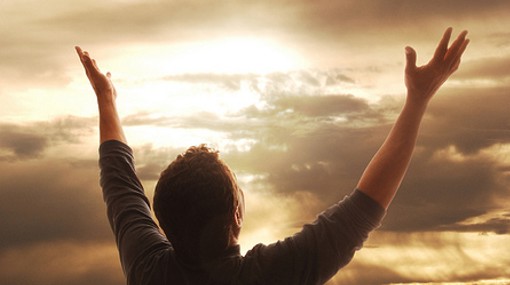 A man reached 70 years of age and was affected by a disease which made him unable to urinate. The doctors told him that he needs an operation to cure the disease. He agreed to do the operation as the problem was giving him severe pain for days.

When the operation was completed the doctor gave him a bill which covered all the costs. After looking at the bill, the man started crying. Upon seeing this, the doctor said “If the cost is too high then we could make some other arrangements for you.

Have you thanked GOD for His countless blessings today?

Have you thought about the cost of oxygen in the hospital? Yet, GOD has given us free oxygen (air) since we were born.

Fortunate are those who are able to see that GOD is so gracious, merciful and full of compassion.

“From Him(God) only, all our kingly opulence, good wives, lives, progeny, control over our subjects, victory over our enemies, and future accommodations in higher planets have become possible. All this is due to His causeless mercy upon us.”

Śrīla Prabhupāda explains in the purport of above sloka –

“Material prosperity consists of a good wife, good home, sufficient land, good children, aristocratic family relations, victory over competitors and, by pious work, attainment of accommodations in the higher celestial planets for better facilities of material amenities. These facilities are earned not only by one’s hard manual labor or by unfair means, but by the mercy of the Supreme Lord. Prosperity earned by one’s personal endeavor also depends on the mercy of the Lord. Personal labor must be there in addition to the Lord’s benediction, but without the Lord’s benediction no one is successful simply by personal labor. The modernized man of Kali-yuga believes in personal endeavor and denies the benediction of the Supreme Lord………. the ultimate sanction for all success rests in the hands of the Supreme Lord. Mahārāja Yudhiṣṭhira admits this truth in his personal success, and it behooves one to follow in the footsteps of a great king and devotee of the Lord to make life a full success. If one could achieve success without the sanction of the Lord then no medical practitioner would fail to cure a patient. Despite the most advanced treatment of a suffering patient by the most up-to-date medical practitioner, there is death, and even in the most hopeless case, without medical treatment, a patient is cured astonishingly. Therefore the conclusion is that God’s sanction is the immediate cause for all happenings, good or bad. Any successful man should feel grateful to the Lord for all he has achieved.”